In recent speeches, both politicians claimed that Taiwan’s democracy is in danger. But the way they conceptualize this danger is markedly different.

When discussing Taiwan under martial law with my students, we often consider how to best categorize its authoritarian rule. If we exclude the economic sector, at least in the first couple of decades, Taiwan had many of the typical features of a totalitarian system. The widespread use of political terror, leadership cult, extensive indoctrination programs, one-party state — these are all hallmarks of totalitarianism that were present in Taiwan in the 1950s. Scenes in archival TV news reports following the death of the dictator Chiang Kai-shek look similar to those in North Korea. Therefore it was interesting to hear former president Ma Ying-jeou recently arguing that under the leadership of the Democratic Progressive Party (DPP) “Taiwan has become a totalitarian country.” In other words, Ma was putting Taiwan into the same category as North Korea or Stalin’s Soviet Union.

On June 12 and 13, former president Ma and President Tsai Ing-wen both gave speeches on Taiwan’s democracy. Democracy has long been a central element of Taiwan’s national identity and source of pride. However, the contrasting understandings of the state of Taiwan’s democracy seen in these speeches reveal the deep divisions between the blue and green camps.

In her speech at Columbia University, Tsai talked of Taiwan being a “thriving democratic society,” claiming it “set the standard for transitioning democracies around the world.” The idea of Taiwan as a model democracy has in the past been frequently used by both Kuomintang (KMT) and DPP administrations. Tsai argued that Taiwan shows how progressive values can take root in Asian societies and took the legalization of same-sex marriage as an example.

Ma’s speech was given at a conference under the title of “The Distance between Taiwan and Democracy.” In keeping with the conference theme, Ma argued that Taiwan under the DPP was moving further away from democracy. Of course that is quite common for those in the opposition to accuse the ruling party of reverting to authoritarian tendencies, and we did hear similar claims by the DPP against Ma when he was in power between 2008 and 2016. However, Ma listed a number of areas such as transitional justice legislation and revisions to referendum regulations that, in his view, have undermined Taiwan’s democracy to bring it to the brink of North Korean-style totalitarianism. It was as if the two, Ma and Tsai, were discussing completely different countries.

We can also see the distance between the two in their references to the term authoritarianism. In Ma’s speech, the term is firmly equated with the DPP and he argues that its policies are leading to “a restoration of authoritarian rule.” In other words, the threat to democracy is from a single domestic source: the DPP. In contrast, Tsai highlights how the authoritarian threat is coming from China in multiple forms. There is no mention of the China threat in Ma’s speech and instead he has tended to see it largely in terms of economic opportunity, with no security implications.

One of the major causes of what he terms Taiwan’s high levels of politicization is that so much of the old one-party state system was left intact after the democratic transition.

The KMT’s business and property empire (known as the party assets), as well as its affiliate groups such as the China Youth Corps, survived intact. Only after the DPP controlled the presidency and secured a parliamentary majority after 2016 could more systematic transitional justice measures be implemented. While the DPP views these as a way to rectify imbalances in Taiwan’s democracy, Ma and the KMT take the opposite view and have repeatedly tried to discredit such policies. This political debate is also seen in academic circles. The Finnish scholar Michael Mattlin has argued that Taiwan has paid a price for its model of gradual democratic transition. In his book Politicized Society, he argues that one of the major causes of what he terms Taiwan’s high levels of politicization is that so much of the old one-party state system was left intact after the democratic transition. [3]

Hong Kong has become increasingly salient in Taiwan’s politics since the Umbrella Movement in 2014. Therefore it was revealing to see the way both Tsai and Ma addressed recent developments in their speeches. Tsai pointed to the way protesters in Hong Kong are fighting for democratic freedoms and noted that “the people of Taiwan stand with them.” She also cited the Hong Kong experience of “one country, two systems” to show that “authoritarianism and democracy cannot coexist.”

Given that China’s official model for unifying Taiwan is also “one country, two systems,” Tsai was also reminding domestic and international audiences that there is a consensus within Taiwan that this model is unacceptable. Taiwan’s public opinion has tended to be sympathetic to recent waves of protests in Hong Kong; therefore the New Party’s (NP) open support for the controversial Extradition Bill was noteworthy. While Ma did not go as far as the NP, his remarks also revealed the gulf between him and Tsai in how they view Hong Kong’s protests. Instead, Ma argued that what he called Tsai’s anti-democratic actions in Taiwan are just as bad as those of the Hong Kong government. Therefore he argued that Tsai has no right to criticize the Hong Kong government’s actions, and even described her as “even more disgusting than the Hong Kong government.” He went on to condemn her “populist attempts to manipulate the anti-extradition protests to win popularity.”

Where issues do affect electoral outcomes, it is often not the concrete policy details or official statistics that matter, but rather voters’ perceptions of an issue. When the KMT came back to power in 2008, a key factor was its ability to convince voters that the DPP was to blame for the poor state of the economy. The fact that economic indicators were quite positive was less important than who was telling the more persuasive story.

Although it is clear that both politicians see Taiwan’s democracy as in danger, the way they conceptualize this danger is markedly different. In addition to how Taiwan should handle its external relations, we can expect a similar debate over the state of Taiwan’s democracy in the upcoming national elections. The question, then, is whose version of the story of Taiwan’s democracy will be more persuasive.

410
Featured Society & Culture Taiwan Politics
Media and Free Expression in Taiwan Are Under Attack: What Can be Done? 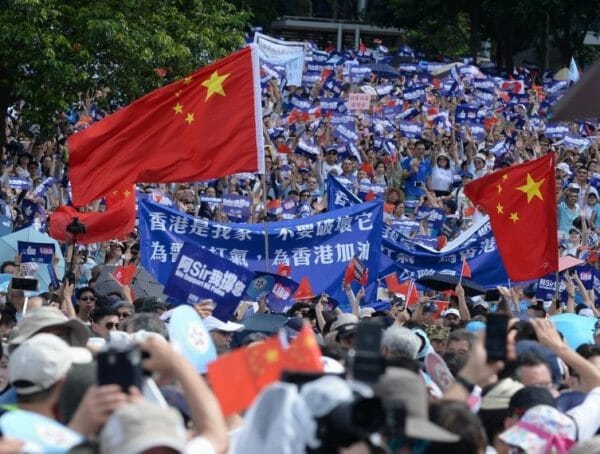 529
Cross-Strait
Pro-Police Rally in Hong Kong: We’ve See This Before in Taiwan 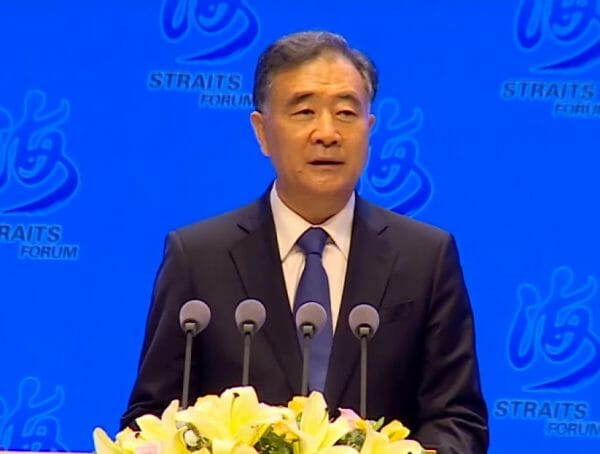 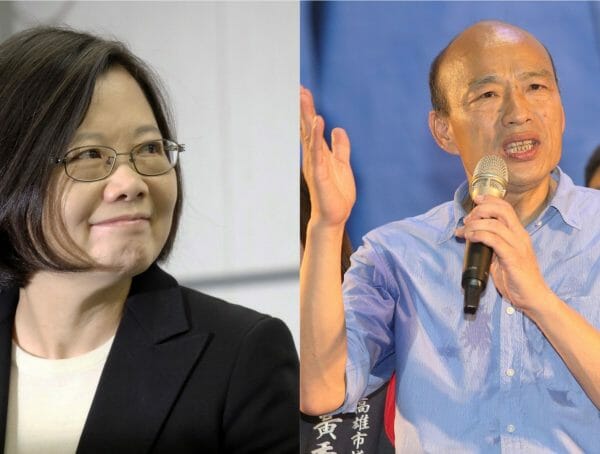 Despite the adoption of a new law on May 17, campaigns will continue to legitimize the kind of homophobic discourse … 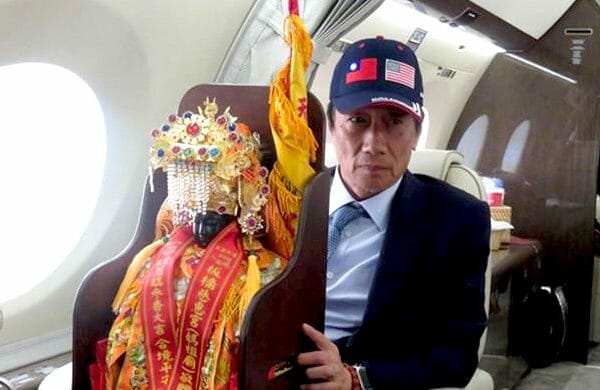 Careful Who You Allow on That Plane, Mr. Gou

Whatever their political beliefs or party affiliation, candidates in next year’s elections in Taiwan must be made aware of the …

Taiwanese Views on Homosexuality Based on Proximity of Relationship, Study Shows

The Battle Between Taiwan’s Democratic Ideals and China’s Subversive Proxies: Where Do We Draw the Line? 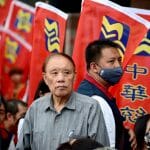 The Median Line in the Taiwan Strait: A Dangerous Loophole 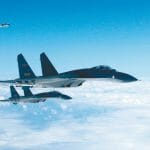 What Happened to Taiwan’s Support for Same-Sex Marriage? 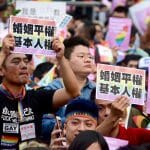